It may seem strange to think of a person who is “intelligent” when it comes to her body, given that in many Western societies we regard the mind and the physical self to be separate. In fact, the relationship could even be regarded as combative, as shown by phrases such as “mind over matter” and being told to use willpower to overcome those donut cravings. Some philosophies endeavor to completely rid humans of their ties to the physical world and only elevate people who can achieve deep trances to the highest levels of being.

In truth, our bodies and our minds are inextricably tied, and as medical science becomes more sophisticated it is getting hard to deny it. Hormones and other neurochemicals can be tied to a variety of conditions that have specific and measurable effects on our mental health. Likewise, physical symptoms such as a loss of appetite or sympathetic pains for a loved one can be caused by our brain activity.

People who possess the Bodily/Kinesthetic Intelligence are those who find their bodies much easier to understand and manipulate than their thoughts. Where a visually intelligent person can approximate the distance between the ball and the basket, a “body smart” person will be able to make the shot. Their brains and bodies are in sync in a way that other peoples’ are not, and physical tasks such as dancing or fixing an engine may appear effortless. These are the craftsmen and the builders, the farmers and the firefighters, the performers and the athletes in our world. They tend to enjoy outdoor activities and vigorous hobbies that require exertion in exchange for adrenaline.

In USAT, we try to engage our students physically as well as mentally. During PA.R.T.Y. in a Box challenges, teams are often encouraged to add dancing or some other type of movement in order to garner extra points. They are given physical tasks, such as getting ping pong balls to land in an egg carton, during Mind Sprints, and we reward quick reflexes during the oral Face-Off! round.

Alongside the Verbal/Linguistic Intelligence, the Logical/Mathematical Intelligence is probably the easiest one of the eight Intelligences to recognize. “Math smart” is the simplest one to quantify, which makes it the simplest to score. Particularly in grade school, simple math skills can be tested in a very straightforward way, and there is very little gray area or interpretation to deal with. Politicians like things black and white when it comes to public schools and an institution’s ability to show “progress,” which for many has resulted in an over-emphasis on math at the expense of other types of Intelligence.

People who exhibit this type of Intelligence tend to do very well on standardized tests, but it turns out there is more to this form of Intelligence than just being able to multiply large numbers in one’s head. 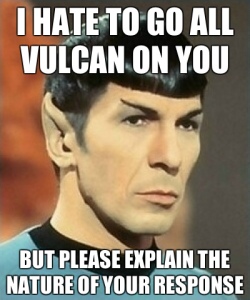 The other side to this penchant for numbers is the ability to recognize patterns and think logically about how situations will play out. These people enjoy strategy games where they can plot their course many turns in advance. They like to play games of “what if” and think through the consequences. They are often very comfortable doing science experiments and other activities that have a proscribed and straightforward reasoning behind the order of operations. They wonder how things work and feel inclined to decipher things in a step-by-step progression. Logical people also like to sort things into categories; they probably alphabetize their books and like their space set up ‘just so.’ And the funny thing about advanced mathematics is that there are hardly any numbers involved, it is theorizing based on rules and imagining their limits.

You may find this surprising, but one career that a “math smart” person can excel at is the law. But, if you think about it, practicing law is not so different from a science experiment. There are protocols, an order to proceedings, and an internal logic based on past cases. If you look at the LSAT exam, which is what aspiring lawyers must take in order to enter law school, it is all based on logic.

During the course of a USAT season, students are given many chances to flex their math and logic skills. The most obvious example is during the written and oral Face-Off! rounds, when we ask them to do arithmetic or simple algebra. We have also had Mind Sprints such as “Number Jeopardy,” where students were asked to come up with their own equations to get to an answer on the board, and sometimes give teams multiple math and logic puzzles to solve at a time. Logic can also be found in the P.A.R.T.Y. in a Box prompts, where students are being asked to imagine a scenario and consider the consequences of the actions of their characters.

The third installment in our series will be about Visual/Spatial Intelligence, so check back next week to learn about people who are “picture smart.”

SCAMPER is a valuable technique for students as they approach USAT challenges. Below are links to last year’s SCAMPER blog series for new students and coaches, as well as those returning who might need a refresher or a way to liven up practices.

S is for Substitute

C is for Combine

A is for Adapt

P is for Put to Another Use

E is for Eliminate

R is for Rearrange

Now that you have the first Round Robin under your belt, we’d love to hear from you!

Did you have a favorite event? Did you see a particularly good P.A.R.T.Y. in a box performance? Do you have any good photos of the action you’d like to share?

Next week you won’t see any posts on the blog or on Facebook as our team goes into holiday mode, but check back the week of December 28 for more brainstorming prompts and resources.

There are many who worry that by emphasizing the STEM disciplines, others will suffer. This fear is not unfounded, and indeed we have seen art and music programs cut from schools in favor of pursuing STEM programming (and dollars). Presidential hopefuls have been coming down hard on Liberal Arts lately as part of their platforms and de-emphasize the importance of education in the arenas of literature, philosophy, visual arts, and other creative branches. But, are STEM disciplines and the Arts really opposites? Do we have to choose one or the other?

At USAT we’d answer a resounding “NO!” to both of those questions. As our society becomes more dependent on technology, the more important the arts become, not less. It all goes back to what we discussed in the first post of this series: Fostering creativity is the key to future success, not any particular career path or line on a resume. The arts are an incredibly powerful tool for encouraging creativity and giving students the confidence to take positive risks in any number of arenas.

Learning an instrument or mastering a technique also take diligence and hard work. Perseverance is a powerful lesson, especially at this time in our history where so much is at a person’s fingertips and the gadgets and apps that are being developed are largely motivated by making something easier. We are being trained to expect instant gratification at every turn, but the arts require the opposite.

Further, the arts are not divorced from the STEM disciplines. There are ways to have these things intersect and play to the strengths of a variety of people. For instance, science visualization is a growing field that incorporates scientific knowledge, technological know-how, and aesthetic principles as a way to share new knowledge with a wide audience. These visualizations sometimes require a musical score to underpin it and reach that audience on an emotional level as well as an intellectual one.

Performing arts, such as theater, music, and dance, are even more vulnerable to cuts than visual arts. Though many high schools do put on plays and musicals, imagine how much higher the participation rate would be if students are introduced to public speaking and performance skills in their elementary and middle school years. The person who never gets a chance to perform before an audition is going to do poorly compared to someone who has had prior exposure and guidance – and this is not just limited to the stage. Adults have to give presentations all the time in the course of their jobs, or even to be considered for a job in many cases. People who are in purely academic fields, including STEM disciplines, must present papers and posters at conferences, not to mention teaching the next generation of students.

Incorporating performance and public speaking are major motivations behind the P.A.R.T.Y. in a Box part of US Academic Triathlon. We give students a chance to practice their presentation skills in a safe environment that is less high-pressure than a class presentation or an audition. Yes, USAT is a competition, but there are three Round Robin tournaments every year that are strictly for practice (not to mention tons of fun!). Our head writer also comes from a Liberal Arts background in Anthropology and Art History (not to mention a personal interest in dance, theater, and studio arts), so you can also expect to see the arts finding their way into Mind Sprints and Face-Off! more often.

This concludes our USAT and STEM series, but if you missed the other articles here are the links:

The Role of Creativity

US Science and Engineering Festival Resources

The Role of Museums